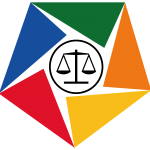 BRICS is an acronym for an association of Brazil, Russia, India, China and South Africa.

The BRICS Legal Forum serves as an open, permanent platform for legal cooperation and professional exchange of ideas between lawyers of the BRICS countries as well as the promotion of legal diplomacy, using law as an instrument for economic cooperation and social development.

The Forum provides legal support for political, economic and cultural development of its member countries and the BRICS cooperation mechanism. It’s focus is on improving the discourse and decision-making powers of the developing countries by pushing the establishment of a more justified international order and system.

Each year, the Forum holds a conference in one of the BRICS member states. Lawyers, academics and other stakeholders representing the five BRICS nations attend the annual conferences.  They are aimed at enhancing mutual understanding and communication among legal circles, promoting practical legal cooperation, and advancing the rule of law. Focus is on improving the discourse and decision-making powers of the developing countries by pushing the establishment of a more justified international order and system. For more information on these conferences, please click on the countries below.

Russia  |  Association of Lawyers of Russia

Russia
Stanislav Alexandrov
CEO – Chief of Staff
Member of the Board, Association of Lawyers of Russia
chamyvu@alrf.ru

Pinky Anand
Solicitor General of India and Vice President of the Bar Association of India
pinkyanand@gmail.com

Articles about the South African Conference held in 2018

1. BRICS Legal Forum: An opportunity for legal cooperation through unity and diversity.

The Law Society of South Africa brings together the Black Lawyers Association, the National Association of Democratic Lawyers and the provincial attorneys’ associations in representing the attorneys’ profession in South Africa.